SEO is not just a fancy word to throw around; it is one of the most important things to be focusing on if you are into online ventures. Ever since the internet became popular, SEO has been there and has since then evolved. Mastering SEO is still a difficult task.

Experts of the industry have several things to say about the future of SEO especially in 2018. In this post, we are going to look at some of the SEO predictions in this years. So buckle up people and join the ride. 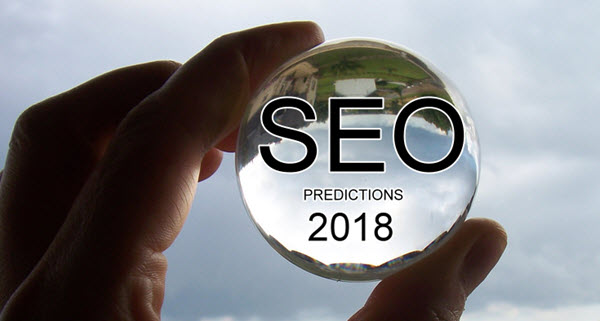 Google will be generating most of the web traffic, even social media can’t draw the sort of traffic that Google draws, and we aim to do SEO keeping this in mind. With more and more people getting access to a smartphone, Google is not coming down anytime soon.

The number of acquisitions in the Marketing Technology space has shot up too and if the experts are too be believed, if you are interested in this area to pay more attention to Index.co rather than Crunchbase.

Related Post: 6 SEO Tips From The Experts To Get Massive Traffic In 2018

Google is the search engine giant, and they are always experimenting and expanding their avenues. In 2018 Google is expected to offer stuff like knowledge graphs and feature snippet among other things in its paid search ads.

Amazon searches were predicted to way up but that did happen last year and thonce oughtems like the experts are ruling Amazon search are not going to as dominant as it was oncPehought to be. P e usually go the site if they want to buy something.

As far as influencers and publishers are concerned, Twitter has been, and it will be the most valuable social media site. The influence it has over the world because it tends to draw influential people is huge. The trend will seemingly continue in the upcoming years, and you need to be prepared.

The app that ruled last year is very likely to keep ruling this year too, and you better remember this. It’s wise to study why these applications are making to the top and how are these companies able to dominate the space that it does.

WordPress will grow and continue to dominate this space. If you are not into WordPress and don’t have a site on it, you better be because you SEO game will change accordingly. It is still considered to be the best platform out there empowering millions of sites.

The US will have to deal with the limitations to net neutrality this year. The internet won’t be as free and open as it used to be and you, as marketers will feel the punch too. The whole online market is about to change because of this and one need to be dealing with the consequences of fisking away net neutrality.

That is what the experts had predicted in the state of SEO for the years 2018. Agree or disagree, you need to tell us all about it in the comment section below.